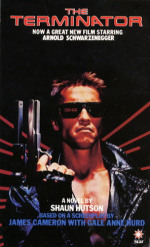 In the Year of Darkness, 2029, the rulers of this planet devised the ultimate plan. They would reshape the Future by changing the Past. The plan required something that felt no pity. No fear. Something unstoppable. They created THE TERMINATOR

EVERYTHING YOU'VE ALWAYS WANTED TO KNOW ABOUT HORROR FILMS - BUT WERE TOO AFRAID TO ASK...

Now Shaun Hutson is asking you - about everything from werewolves and vampires to zombies, mad doctors and the horror of modern war. Over one thousand multiple choice questions cover all aspects of horror in films from the earliest silents to the most modern masterpieces, including a sections of non-horror films with disturbing aspects.

Designed for both the serious movie buff and the casual film fan, this quiz book is amusing, informative, sometimes madding but always enthralling. Get going now ; after all, you don't want to be left in the dark... 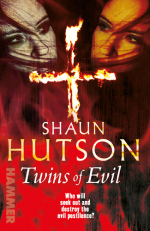 Karnstein Castle stands like a bird of prey on the highest point of the hills that surround the village below. A huge monolithic reminder to all those who see it of the power of the family who have lived there for centuries.

By day the village of Karnstein is a peaceful place, but by night, an unimaginable evil roams free. Villagers are found dead, their throats ripped open and bodies drained of blood. Young girls disappear and are never seen again. Rumour has it that they are taken to the castle for the pleasure of Count Karnstein, the last surviving member of the family.

Into this strange place, come beautiful identical twins Maria and Frieda. While Maria lives a blameless life, Frieda is drawn to the castle and Count Karnstein. A man rarely seen in daylight, a man steeped in Satanic ritual and the blood of beautiful young girls.

Before long Frieda and Karnstein unleash a reign of bloody terror on the villagers, and no one, it seems, is strong enough to stop them. 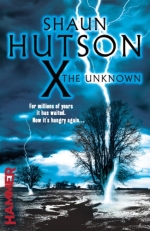 Deep underground something is on the move. Since the earth formed, a strange creature has been slumbering, waking every so often to feed on energy and radiation. And when the creature surfaces, the earth shakes, cracks appear and chaos ensues. In a quiet field in Buckinghamshire, a huge crack has appeared in the earth's surface. And people have died. Incinerated beyond recognition. At the same time, hospitals have noticed an increase in catastrophic deformities in foetuses, and cancer levels soaring.

Dr Adam Royston, a scientist working at the nearby military base thinks he knows what it is. But if he's right, and they can't find a way to destroy the creature roaming the countryside, then it's not just Buckinghamshire that could be in danger, but the whole world. 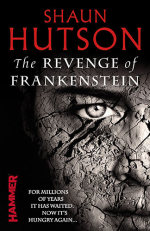 There is a fine line between obsession and madness and Frankenstein just stepped across it.

Escaping the guillotine Victor Frankenstein is now posing as Doctor Stein, altruistic patron of the hospital for the poor. But in a secret basement laboratory he is harvesting body parts from his helpless patients, using them in his twisted experiments in a bid to create the perfect man. And this time he has help from a would-be pupil. His pupil seeks knowledge, but Frankenstein desires vengeance against all those who have tried to stop his terrifying work.

The first time he tried, it ended in bloody mayhem, but now he is determined that nothing will go wrong. He wants revenge and God help anyone who gets in his way.